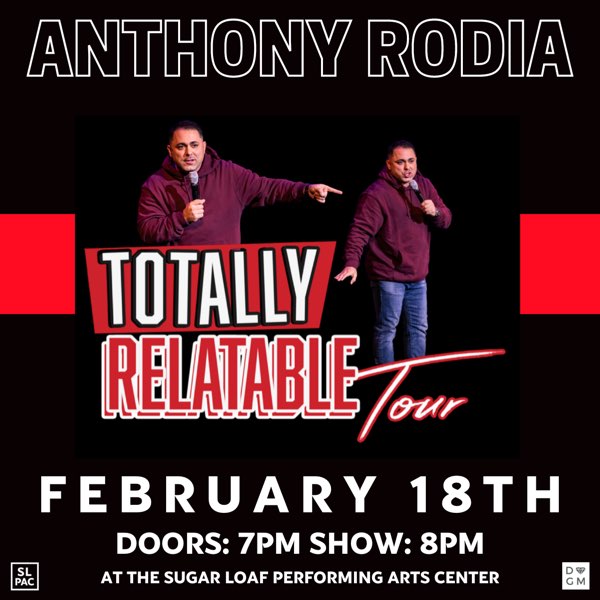 came out of the womb making people laugh. In his 20’s he tried a few open mics, but ultimately

took a different career path as a finance manager of a luxury car dealership. In 2019, Rodia

returned to comedy and left his day job to become a full-time stand-up comic. He hit the ground

running and performed 100 shows in just nine months, and within three years Anthony has

gained a massive fan base online and around the country.

In a very short time, Anthony gained over 900,000 social media followers and his YouTube

videos have amassed over 22 million views. Rodia’s comedy pulls from his real life and razor-

sharp observations on marriage, parenthood, road rage, and everything else worthy of a social

With the onset of quarantine, Anthony made the most of a captive audience, delivering a

Uncle Vinny and Zia Lucia characters transformed into a phenomenon. They are the crazy uncle and aunt you love but can’t be out in public with, who speak their minds (whether you asked for it or not).

In 2021, Anthony launched Rodia Wines, which include a Zia Lucia’s White Blend and Uncle

Vinny’s Red Blend that both pair perfectly with any of your favorite Italian dishes. Rodia Wines

Rodia also hosts the weekly podcast, Little Bit of Laughs on Podcast One. Get to know the

radio legend Goumba Johnny. Join Anthony and Goumba as they get into hot topics, rants,

pranks, and listener's questions and stories.

Anthony has appeared on Elvis Duran and the Morning Show, FOX’s Good Day New York, and

Elizabeth & Elisa on News 12, he quietly claimed the throne of “KING OF OFF THE BOAT